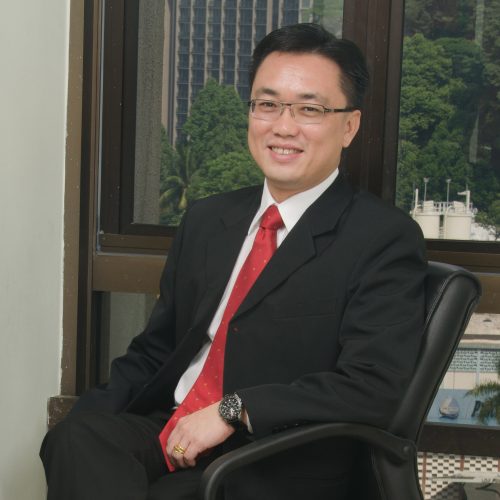 C.K Fong (aka C.K) joined The Group in year 2000 initially as the Head of Finance in one of it’s subsidiaries in Retail and was transferred to Landmarks Bhd in 2007 as Chief Financial Officer. His strength in strategic financial and partnership planning has been instrumental in the rolling out the restructuring undertaken by The Group to transform it from being a conglomerate of multiple industry business to focussing it as a world class destination developer of award winning hospitality and wellness concepts.

Following the successful corporate repositioning, he was appointed as Group Chief Operations Officer in 2012.   Based in Kuala Lumpur, he overlooks The Group’s businesses in Singapore, Langkawi, Malaysia and Treasure Bay Bintan, Indonesia.

K is an ardent sportsman and an advocate of work-life-health lifestyle throughout the company. He is usually seen running or hiking with staff which is in line with the business goals as health and wellness focussed company. He has recently started participating in Marathons for charity and even participated in Ironman Bintan.

A competitive state level swimmer in school, C.K is the first person to swim across the 800meter Crystal Lagoon in Treasure Bay Bintan – South East Asia’s largest man-made sea water lagoon which has now earned him the title of “chief life guard”.  On some days, he is seen on duty as a lifeguard in Treasure Bay.

Landmarks Berhad is an investment holding company listed on the Main Market of the Kuala Lumpur Stock Exchange. Incorporated in 1989, The Company has over 20 years of experience in Destination Development, owning and operating Hospitality and Wellness businesses.  The Group’svision is to become a leading player in the Southeast Asian lifestyle sector.

The Group differentiates itself as a “Resort and Destination Developer” that leverages on the unique geographical and archaeological attributes of a location in which it operates in, transforming places into unique destinations with iconic landscapes and offers.