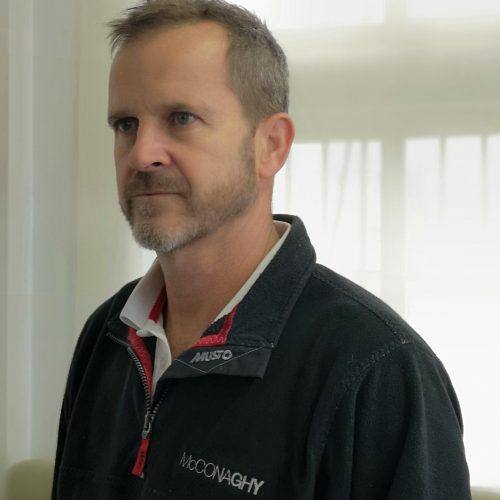 Mark Evans’ business acumen and instinct for enterprise emerged early when he was just a teenager growing up in Sydney – he raced dinghies and ran a successful sideline business building, buying, repairing and selling boats.

In 1995, Mark joined McConaghy as a shipwright and was promoted to Production Manager in a relatively short time. Mark bought into the company in 2000. Since then, he has capitalized on his skills to manage the construction of some of the most successful maxi yachts built anywhere in the world. He has been based in China since 2006 and is instrumental in the training and skills transfer processes that have underpinned the company’s successful expansion offshore.

While running the Chinese operation, Mark has also overseen the production of more than 2000 foiling moths including the Mach 2, Waszp – the world’s fastest moth and more than 100 production racing yachts and one-off custom builds, including the China Team Americas Cup Yacht and the 42m Trimaran, Adastra.